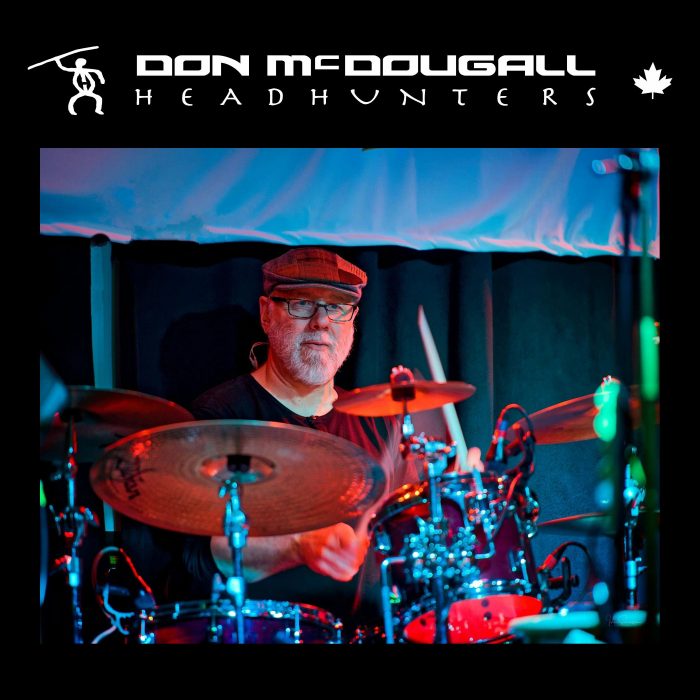 Don McDougall, a graduate of the Humber College Music Program.
He is leader, producer and drummer/percussonist for fusion jazz band Top Pocket.
Don has also been performing and recording with the Gary Cain Band for the last seven years and is on their debut CD “Twangadelic Bluesophunk” which was released mid 2017 and is earning world wide rave reviews.