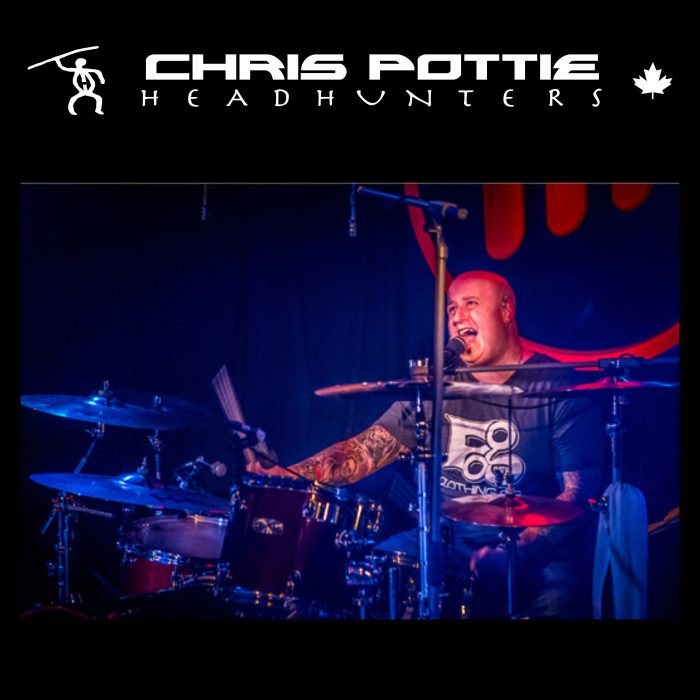 Chris Pottie
Born in Halifax, Nova Scotia, Chris started playing drums in 1979 at the age of three. At the age of fifteen he started playing the local Halifax club circuit. Over the last two decades Chris has toured with many recording acts across Canada and has been fortunate to share the stage opening for acts such as: Tim McGraw, Faith Hill, Kenny Chesney, Sugarland, Alan Jackson, Brooks and Dunn as well as Canadian Acts such as: April Wine, Matt Mays, Emerson Drive, George Canyon and many more. Chris is a regular at venues such as Cavendish Beach Music Festival and the ECMA’s. When not playing large venues, Chris plays the local Halifax club scene and works part time at the Halifax Sheriff’s Department.
“Headhunters Drumsticks are the smoothest, most durable stick I have ever played. Whether I am playing Rock, Country or R&B, Headhunters have the perfect tools for each venue. Proudly Canadian.” Chris Pottie