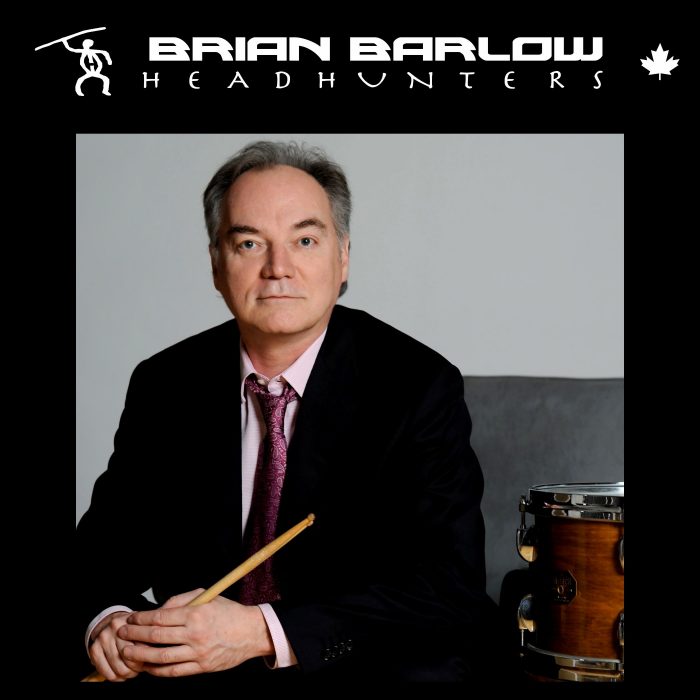 Brian Barlow is one of Canada’s most recorded drummer/percussionists having performed on more than 500 albums over a career spanning almost 50 years.

For seventeen years Brian was the percussionist for the internationally renowned jazz ensemble, Rob McConnell & The Boss Brass. While he was a member of that group they were nominated for six Grammy Awards, winning that prestigious award in 1995.

In 1999 Brian was named ‘Percussionist of The Year’ at the National Jazz Awards and received nominations in 2006 as ‘Jazz Drummer of The Year’, and 2007 as ‘Arranger of TheYear’. His theatre performances include the Toronto productions of Rent, Blood Brothers, Crazy For You, The Lion King and Spamalot.

Brian is also active as a producer and composer. Two of his extended choral works, ‘There Was Setting, There Was Dawning’ and ‘Reflections & Improvisations on Mass For 4 Voices’, have been performed extensively in Canada and the US. He has also composed music for dance – ‘Trace’ (2005) and ‘Necessary Velocity’(2007).