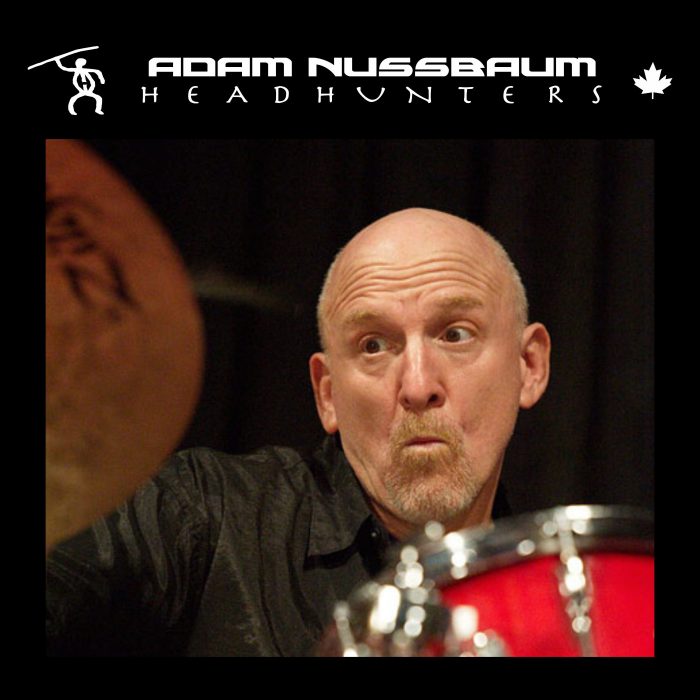 Adam Nussbaum is considered one of the finest drummers working today. He’s played with a virtual “Who’s Who” in the jazz world. Longtime associates have included: John Abercrombie, Michael & Randy Brecker, Bob Brookmeyer, Eliane Elias, Gil Evans, Stan Getz, Vic Juris, James Moody, John Scofield, Joe Sample, Ohad Talmor, ‘Toots’ Thielemans, Kenny Wheeler & NHØP, as well as freelancing with prominent artists of every generation, being a major asset no matter where he appears.
Nussbaum has joined forces with other musicians to form such groups as “BANN” w/Seamus Blake, Jay Anderson & Oz Noy, “We3” w/Dave Liebman & Steve Swallow, “The Impossible Gentlemen” w/Gwilym Simcock, Steve Rodby & Mike Walker, “The Nuttree Quartet” w/John Abercrombie, Jerry Bergonzi & Gary Versace and “The ZZ Quartet w/Ratko Zjaca, Simone Zanchini & Martin Gjakanovski.
He’s been on hundreds of recordings, including the Grammy winning “Don’t Try This At Home” recorded with Michael Brecker.
In addition, Nussbaum reaches out to the next generation. He is an in-demand educator doing Clinics and Master Classes, teaching at such institutions as Berklee, NYU, State University of New York, the New School, and at numerous Conservatories around the world.
His abilities have brought opportunities for him to work with the finest makers of all things drum-related. Working with Sonor drums, he helped design a line in the “HiLite” series. In conjunction with Zildjian cymbals, Nussbaum helped developed the “Renaissance” & “Pre-Aged” K. Zildjian cymbals. He also co-produced with Hudson Music, “The Art of Playing Brushes.”
He was born in New York City and grew up in Norwalk, Connecticut and started to play drums at age 12 after studying piano for five years; he also playing bass and saxophone as a teenager. He moved to New York City in 1975 to attend The Davis Center for Performing Arts at City College. He eventually settled on drums….Headhunters is glad he did!

Adam is digging the Nightmares and the Ninja Tips.