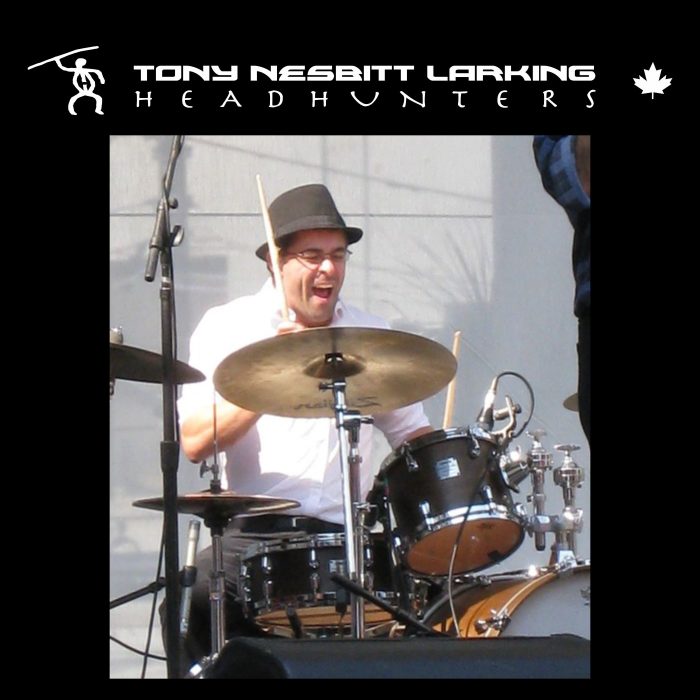 Tony Nesbitt-Larking is a Toronto-based, Juno-nominated session
drummer, guitarist and composer, currently drumming for Zaki Ibrahim,
Kellylee Evans, Tanika Charles, The Jessica Stuart Few, and Andrew
Austin, and more.
Tony has played on over 30 commercially released albums,
of widely varying styles, including Population – The Most Serene Republic
(2007), Give In – On An On (2013), While It’s Still Light Out – Andrew Austin
(2013), Two Sides To Every Story – The Jessica Stuart Few (2013), and
Let’s Boogie – Rock’n’Rainbow (2015).
Tony released two solo albums, Tony Nesbit-Larking – Tony Nesbitt-
Larking (2011), and Tony Nesbitt-Larking – Deep Space (2013), where he
composed all of the songs, as well as playing most of the instruments
(including all drums, percussion, guitars, and vocals).
Tony has toured the globe, that include playing many festivals like; festivals like SXSW, Virgin Festival, All Canadian Jazz
Festival, and Yokohama Jazz Promenade.
Tony teaches drums and guitar privately, and for a number of music
schools in Toronto, including Find A Way Music School, and studied with
Mark Kelso at Humber College, in the Bachelor Of Contemporary Applied Music program (honours).
Tony continues to be a busy musician on the Toronto music scene.

Maple and B Hickory drumsticks.