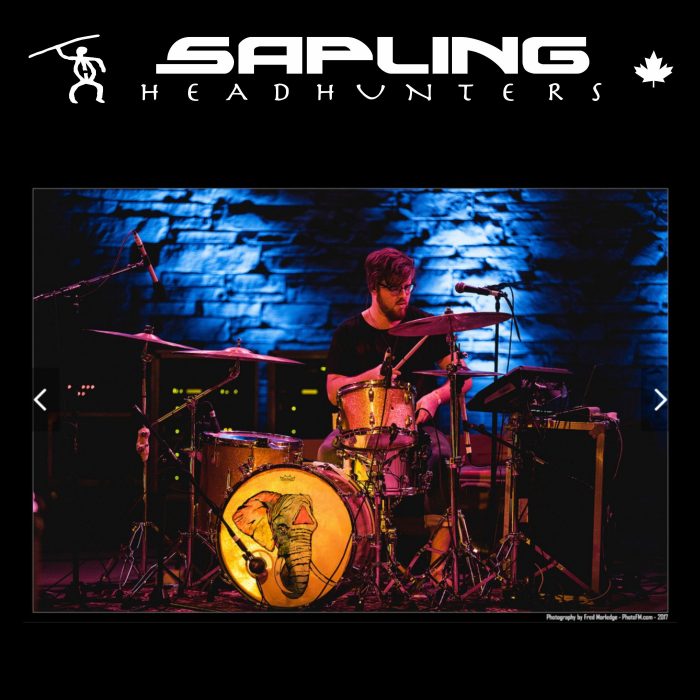 Sapling, has been Playing drums since the age two, and at the young age of twenty five has a number of noteworthy accomplishments under his belt.
In the last five years, he has held residencies at major Las Vegas Casino Resorts including Planet Hollywood, Monte Carlo, and Venetian to name a few. He has shared the stage with the late B.B. King. He has worked many of sessions at the world famous Blackbird Studios in Nashville, TN.
He can now be found nearly every night of the week out on Broadway where he plays an average of 40 shows per month.