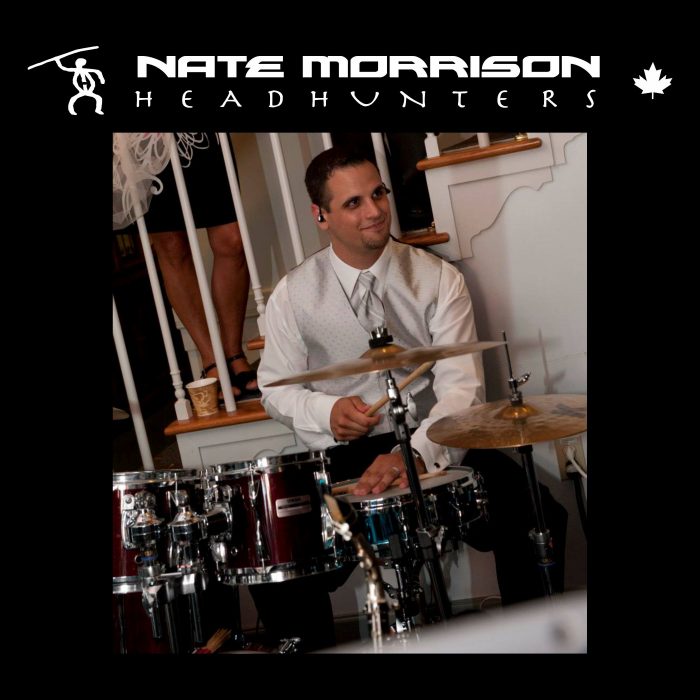 Like many lifetime drummers, Nate started out on the pots and pans — thankfully, his folks caught on early and bought him a drum set as a toddler. His earliest influence was Kenny Aronoff since his father was a big fan of John Mellencamp. He began mimicking the records he heard throughout his childhood. To supplement, Nate started formal lessons in the fourth grade with Carl Menard. In high school, he studied with former Alan Dawson student, Phil Verrill. Phil gave him the tools needed to grow his musicianship. By the time Nate graduated, he was the All-State Jazz Drummer, Berklee Jazz Festival winner in both jazz combo and big band, State Rhythm Award recipient, and Berklee College of Music scholarship recipient.
Nate decided to stay local and attend the University of Southern Maine. While there, he took one-off lessons from Derico Watson, Jim Riley, and Norm Bergeron while gigging and teaching all over New England. The two bands that gigged the most were the Tony Boffa Band, a nine-piece horn band, and the Midweek Jazz Quartet comprised of the same musicians Nate knew and played with since the sixth grade.
After graduation, Nate married the girl of his dreams and moved to Massachusetts to open The Drum Shop North Shore. The shop was created to help build an environment where drummers could hang out, get inspired, and have access to the best gear at the best prices around. Nate has been studying with Bob Gullotti for past three years while gigging regularly as a sideman for many popular Boston bands.
Nate, “ I don’t typically ‘endorse’ products since it’s in the best interests of a shop owner to remain unattached to any one brand, but Headhunters are a phenomenal supplement to any player’s stick arsenal. Since discovering this product line, I have been enamored with the endless possibilities created by the varied sound sources. They’re a best-seller in our shop and I personally bring the Crossovers to every gig. If you haven’t checked them out yet, you’re about to discover your new favorite stick company!”