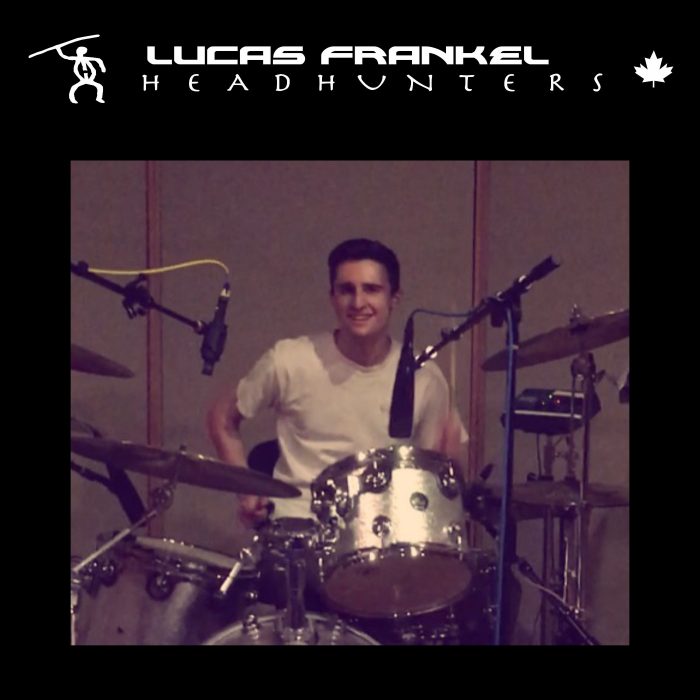 Lucas Frankel is an American drummer who recently has been making an impact on the drumming scene in LA. You can see him playing in a Jazz group, or you can see him behind the kit in his up and coming rock band Lancer Roscoe. They play about once a week down in the clubs in LA. There media following and popularity has been growing steadily since Lucas joined the band last summer. The anticipated release of their new single and new album has been keeping their fans on their toes, excited for a new chapter from the band. Before joining, Lucas was an independent drummer doing studio work and fill-ins around town. He was endorsed by Soultone Cymbals at only 17 years old! Now at only 20 years old Lucas is making an impact behind the kit for the improv band, which provides musical support for an incredibly funny improv troupe. You can catch them performing every other Thursday. (The improv gig is what I’m most excited to use the many different head hunters creations for, we play a hue verity of styles and most importantly dynamic levels. We do a lot of soundscapes , soundtracks, and backing music). Lucas continues to play music in whatever way he can, whether it be studio sessions, live benefits for charity, or with his rock band.