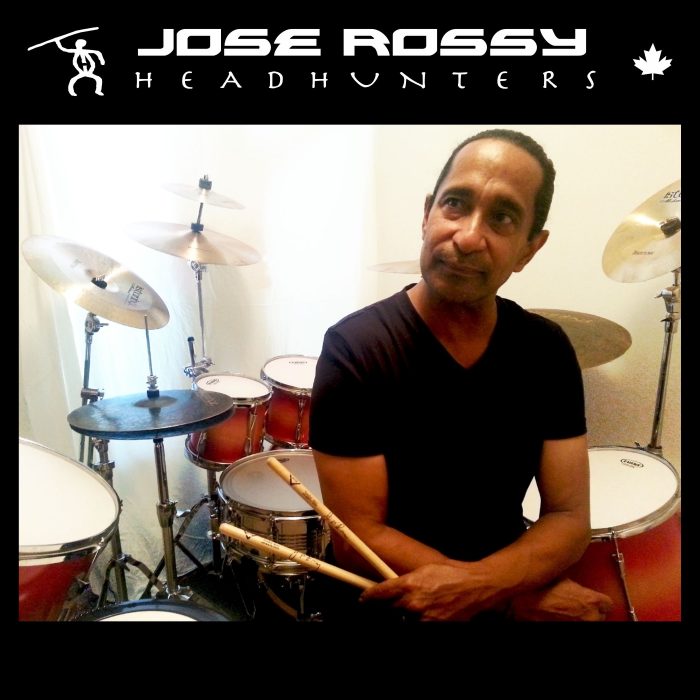 A percussionist known for his mastery with dozens of eclectic instruments, Jose Rossy has worked with artists such as Patti LaBelle, Talking Heads, Robert Palmer, and Weather Report. In his hometown of Humacao, Puerto Rico, Jose’s love of music originally began with playing the clarinet as a child. After an unfortunate car accident that made his teeth and lips too damaged to play, Jose’s music teacher, German Peña, encouraged him to take up percussion. From here Jose’s success exploded. He went on to college where he auditioned for Pablo Casals’ Puerto Rican Conservatory for Music in San Juan, and after just a year at the conservatory he was invited to join the Puerto Rico Symphony Orchestra. He played there from 1972 to 1975 before travelling to New York City.

Jose only needed to perform a single audition to prove his expertise: a tryout for LaBelle in New York, 1975. Out of numerous applicants, Jose Rossy was chosen, and he joined Patti LaBelle, Nona Hendrix, Sarah Dash, Bud Ellison, Eddie Martinez, Carmen Rojas, and Tony Thompson on tour from 1977 until the group dissolved. Jose quickly became a popular session man and recorded with a wide range of artists, from Bryan Eno and David Byrne to Cameo and Sesame Street.  Then, from 1981 to 1984, Jose joined Weather Report, working on three albums and appearing on many future compilations and collections. From here he was picked up, toured, and recorded with Robert Palmer, Sonia Dada, and Patti LaBelle, with whom he recorded the Grammy-winning “One Night Only.”

While touring in Canada, Jose Rossy got married and took a break from touring, joining the Kamloops Symphony Orchestra while making regular trips to New York for performances. He later moved with his new family back to the United States, completed the last few hours necessary for his bachelor’s degree in music, and spent 3 years teaching music to grades K-12. Jose went back to playing music when he joined and performed with Jambón, an R&B group comprised of former members of Sonia Dada, Weather Report, and Liquid Soul. The group released an album May 29, 2009.

Jose Rossy is currently touring with Patti LaBelle again as of August 2014. The tour will stretch from North American to Europe, and exact locations and tickets are available on his tour page. In between tour dates, Jose comes back to his family and teaches, performs, and records music for a number of different artists.