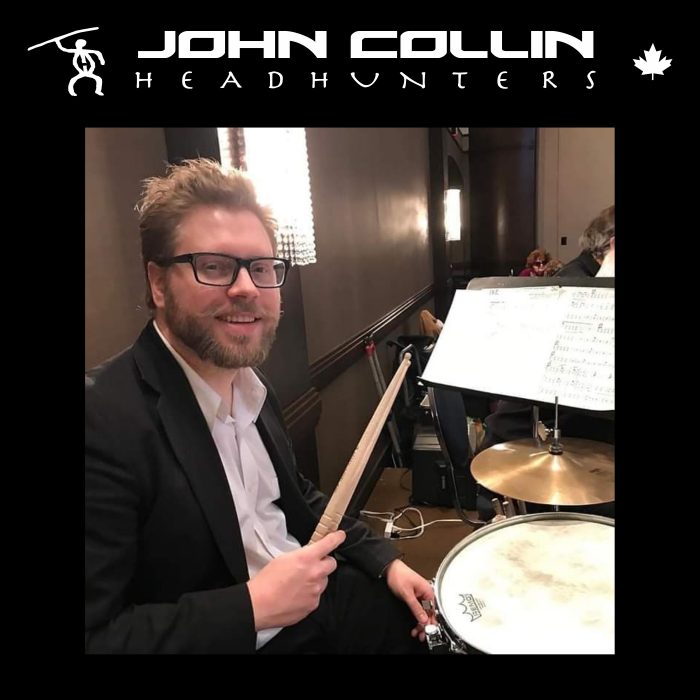 John Collin is an accomplished professional drummer specializing in the jazz and swing genres. He attended the Jazz Program at Humber College and received training with notable great Roger Flock. Hailing from Toronto, John has over twenty years of drumming experience and has played with most of Toronto’s prominent Big Bands.
Further, John has received airplay on Toronto’s premiere jazz radio station (91.1/JazzFM91) and has received airplay on radio stations in the United States. In addition, he has played with various jazz artists, including North American jazz legends Dave Pell and Pat LaBarbera, has performed at numerous Jazz Festivals across The GTA and also has been featured in online and print publications (Jazz Music Archives). John has toured across Canada with actress/singer Cassie Steel of The T.V Show Degrassi: The Next Generation as well as internationally doing show band work for both the Celebrity Cruise Ship company and Seabourn Cruises as well as Hotel gigs in Asia. With over 20 Musical Theatre productions under his belt, John Collin is also frequently called upon for studio jobs and has worked on sessions produced by Cone of Sum41.
John currently leads his own jazz ensemble and plays various venues in and around Toronto.