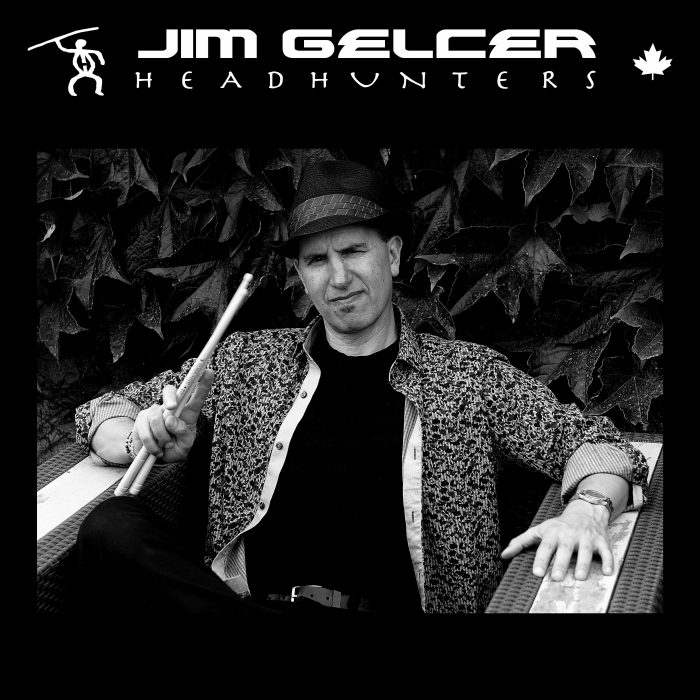 Brimming with musical influences as diverse as the exotic places he’s called home, Jim Gelcer hit the North American scene at age eighteen and has not looked back. He was seduced by the township energies of his father’s South African home, drawn by his mother’s Middle Eastern mysticism and came to that table with more than a dollop of his own brand of jazz, funk and soul. The result is a heady amalgam of old world devotion and new age syncopation, music for the 21st century.

Gelcer is a multi-instrumentalist and singer, an in-demand collaborator who’s performed and recorded with other artists at the top of their game, people like Paul Hoffert, John Switzer and Richard Underhill, to name a few. Gelcer rocks on piano, guitar, harmonium and vocals but his musical through line has always been percussion. And as a timekeeper, Gelcer is second to none on djembe, cajon, dumbek or a standard drum kit.

Gelcer patented his unique sound and sensibility early on. As a child, he used any kitchen utensil he could get his hands on to drum the beats he couldn’t get out of his head and onto a surface fast enough. The rhythms were informed by the sights, sounds and smells he picked up living in 1960’s South Africa. A space where indigenous music had pride of place among soul singers like Bill Withers and jazz musicians like Charlie Parker and Thelonious Monk.

Hitting his formative years in 1970’s Canada, Gelcer was now paying passionate attention to pop soul radio. Early influences began to add up, helping lay the groundwork for the artist Gelcer was to become – global in style, popular in nature, fat and funky in tone – laced with references to pop and soul giants like Stevie Wonder, Van Morrison, The Beatles and Jimi Hendrix. The table was being set for a new brand of musical continentalism. International tour dates with a wide variety of bands and artists in a suite of musical genres followed.

In the 80’s, Gelcer launched another career, this time as a composer for film and television, working prolifically for the CBC’s arts and current affairs portals, scoring jingles and soundtracks for television MOW’s. He is now a partner in Gopher Lunch, an international company specializing in music for tv and movies.

Gelcer’s early exposure to earthy African grooves and Middle Eastern spirituality drew him to Kirtan, a powerful style of devotional music involving call and response mantra chanting, fostered during an intensive period spent on a Paradise Island ashram. There, Gelcer learned the ancient teachings of Sivananda Yoga. His practice and Kirtan concerts continue to this day.

Gelcer’s upcoming album is only the last in a line of notable releases the artist has produced in the jazz, pop and Kirtan genres. Future tour dates include stops in Los Angeles, Bali and Australia. Ain’t no stopping him now.