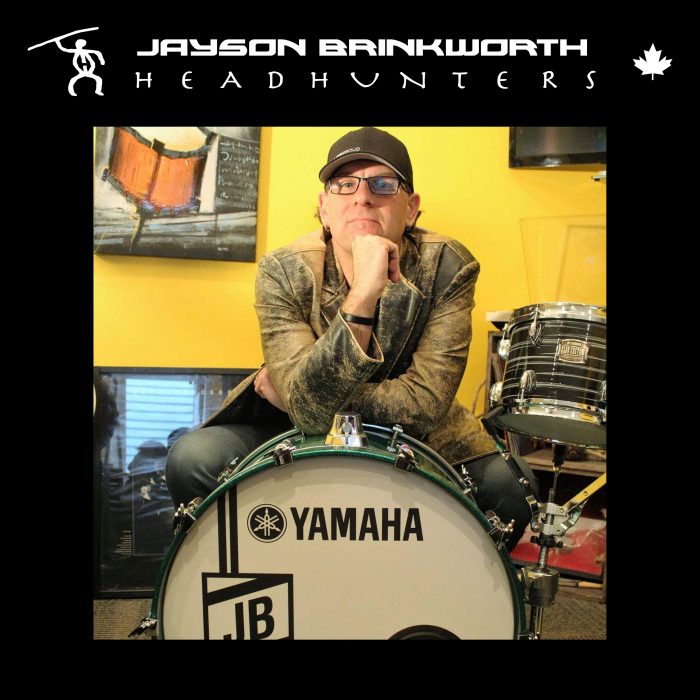 Prairies in Regina, Saskatchewan. He has enjoyed many exciting moments in his 23 year career of playing, writing, teaching and recording music.

From countless live gigs and recordings, to educating through private lessons at Music In The House which he is co-owner, his interactive percussion program in the Regina Public School Board, as well as several clinics and workshops throughout Western Canada. His influences are as diverse as the music he performs and range from Jeff Porcaro, Steve Gadd, Bernard Purdie, Billy Ward, Rick Marotta, to Buddy Rich, Tony Williams, Elvin Jones to Eddie Bayers, Billy Thomas and Buddy Harman. His playing philosophy is the same as his philosophy of life “Be respectful of the music and people, always give 110%, make the music feel good and have fun”.

His resume of artists he has played live and recorded with is quite impressive and looks like a who’s who of the Canadian music scene. Some of these artists include Gil Grand, Thomas Wade, Steve Fox, Jamie Warren, Aaron Lines, Brad Johner, Patricia Conroy, Shaun Verrault (Wide Mouth Mason) Bet.e, Deborah Cox, JD Fortune, One More Girl, Rick Tippie, Jake Mathews, Diane Chase, Beverly Mahood, Jack Semple, The Poverty Plainsmen, Tracey James, Stephanie Thomson, Melanie Laine, Marny Duncan-Cary, Tera Lee, Duane Steel, Donny Parenteau, Shane Yellowbird, Lisa Brokop, Crystal Shawanda and most recently Aaron Pritchett. His musical approach to the drumset and percussion in general has led to him being very busy as he brings a valuable combination of groove and creativity to every gig, no matter what style of music he is playing. Also in 2007, he joined the e-magazine “The Black Page” as a staff writer where he writes monthly articles on drumming concepts, techniques and industry related topics.

On the other side of his music career, he is co-owner of Regina’s hippest music school Music In The House which was founded in 2002 by himself and Ray Bell. Music In The House employs 17 teachers and offers lessons in drumset and percussion as well as guitar, bass, violin, piano, vocals and step dancing. Student enrollment is at 350+ per week in which Jayson teaches 55 of his own private students as well as overseeing lessons for 22 other students. The primary focus of the lessons is on drumset but students learn hand drumming basics from Africa and Cuba as well as other percussion and history of the drum. Jayson is in the process of working on a drum book/method which will be titled “Thinking Outside The Books”, it is a take on thinking outside the box and is geared at tapping into the creative mind of all students at all levels of playing.

Jayson has also been involved in a program called Learning Through The Arts for the past 6 years where he teaches his percussion program called FLIP ( Fun Learning Interactive Percussion). Learning Through The Arts is a national program that is administered through the Royal Conservatory of Music and is used to reinforce curricular needs in the classroom through an art form. The program is in place in all 47 public schools in Regina, the largest site in the world, and Jayson works with approximately 600 grade 2 and 3 students every year. As well, Jayson has become heavily involved with the Saskatchewan Arts Board and a program called Arts Smarts. In the spring of 2007 he worked with 700 kids in 2 communities in a program called “Rhythms Of The World”. For more information on these programs, feel free to contact Jayson personally.

He is currently working on another program involving team building through percussion in which he will be focusing on workshops with sports teams and corporations to promote a positive team atmosphere in a big game or when making important company business decisions. The goal is to show how the natural act of drumming can be relaxing and healing and teach us to trust our own intuition in times of stress and pressure.

2007 Clinics on his own and with Chris Sutherland, organizing Drummin’ Sunday Part 2 with Billy Ward

2007 Joined “The Black Page” e-magazine as a staff writer

2007 Canadian Military tour to Chania, Greece to entertain the Canadian Navy with and all-star band of Canadian musicians

2003 Gala performance for Prince Edward at Regina’s Globe Theatre for Regina’s centennial celebration in which he was the only member of the musical cast from Western Canada. The production was “Govenor of the Dew” by Floyd Favel, music composed and directed by Anthony Rosankovich – Cirque du Soliel.