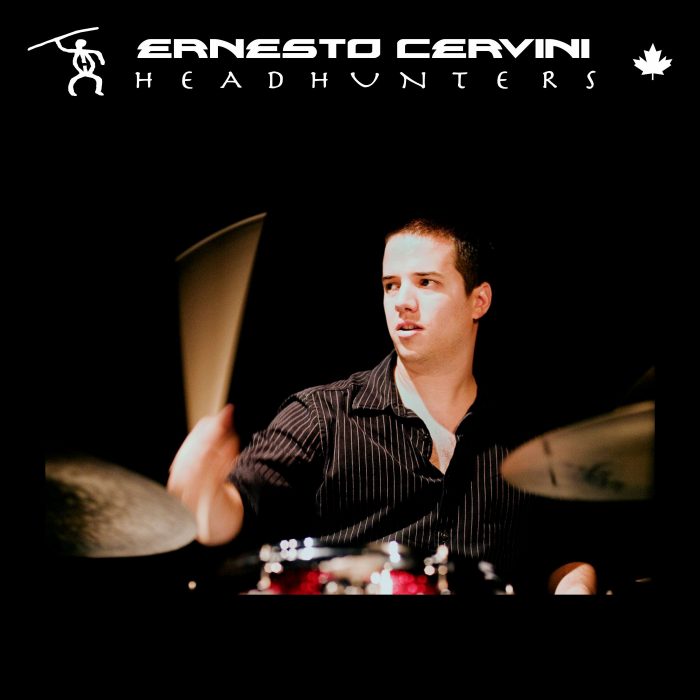 Drummer Ernesto Cervini is making a name for himself as a consummate bandleader and in-demand sideman. Time Out New York encapsulated Cervini as “a buoyant drummer as well as a sharp composer,” while the jazz bible, Downbeat, described his fluid style as one that “exemplifies `float like a butterfly, sting like a bee’.” The drummer released There, his third album as leader of the Ernesto Cervini Quartet, in fall 2011. Reviewing the album, Modern Drummer magazine said: “Cervini recalls such old-schoolers as Art Blakey and Billy Higgins. . . It’s his robust, magnetic personality that fascinates consistently.” Born in Toronto in 1982, Cervini graduated from Canada’s Royal Conservatory of Music with a degree in classical piano and clarinet before focusing his energies behind the drum kit. After graduating with a bachelor’s degree from the University of Toronto and a master’s degree from the Manhattan School of Music, Cervini laid claim to a diverse musicianship, one that has taken him to some of the hippest, most prestigious stages in North America. Along with the live There (Anzic Records), the Ernesto Cervini Quartet has released the albums Little Black Bird (Orange Grove, 2009) and Here (self-released, 2006). As part of MEM3 with pianist Michael Cabe and bassist Mark Lau, the drummer also recorded Pennsylvania Grey, which The WholeNote called a “tour de force.” Cervini also co-leads Myriad, with pianist Chris Donnelly and bassist Dan Fortin. As a sideman, Cervini’s studio experience includes albums with the Tara Davidson Quintet (Code Breaking, nominated for a Juno award) and with his singer sister Amy Cervini (Lovefool). www.ernestocervini.com

Headhunters are the finest sticks to play with. They are as important to me as the tires on my car! As a child I used to play on pots and pans. My parents didn’t like that! So they sent me to the local marching band. Now I could play on a real snare…….and my parents didn’t like that either. As a young boy I earned some weekend money and when I could afford a real drum set: Kings, made by Tromsa in the GDR.