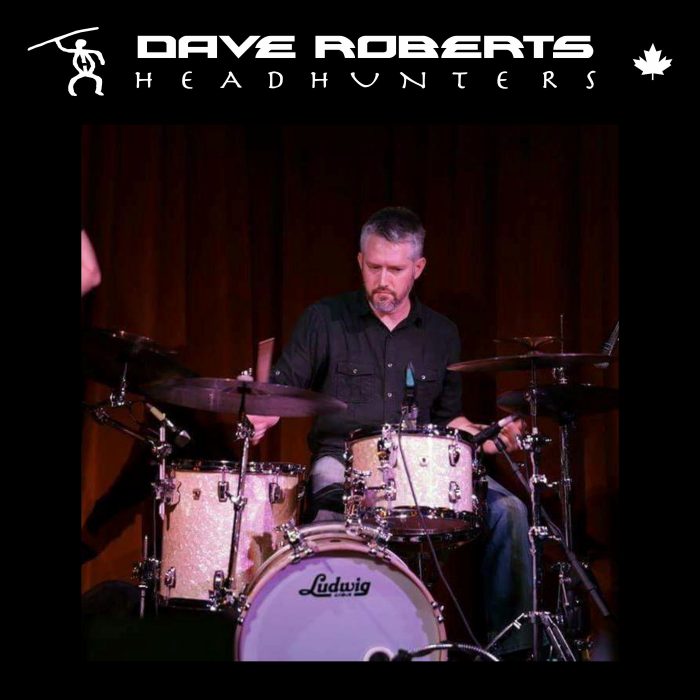 Dave Roberts has not only been a drummer and percussionist for over 26 years, continually striving to improve his own abilities as a musician but helps those desiring to become musicians by encouraging them, teaching on a private level, and performing with the same enthusiasm and excitement he had the first time he picked up his sticks. Dave’s magical moment struck when he was a child watching the award-winning drumline of the high school he would later attend. But as often happens, he was steered towards other instruments in school. He joined the jazz and marching bands on trombone, but drums remained in his heart. A year later, he was a part of that magical drumline that had enthralled his imagination since youth.

Dave’s early education came from some of the best instructors available to him, as he absorbed all he could from Tom Shriver, Paul Moore and Scott Lanham. Not to be tied to one genre, Dave began performing in jazz, blues, and rock groups. To improve his composition abilities, Dave took up piano and began writing. Today he composes for his band TriElement, who has opened for The Aristocrats, Sean O’Bryan Smith, Neil Zaza, Soften the Glare and Saul Zonana as well as contributes to his other project, Pale Nova. Momentum (now disbanded), performed the entire Miles Davis, Bitches Brew album twice after spending 4+months preparing with a 9-piece group in early 2015. Dave’s influences range from free-form jazz and fusion, funk, blues, progressive-rock, ambient and classical, giving him the confidence to push himself outside his comfort zone while writing and playing.

Dave has taken every opportunity to experience and promote all types of music in many capacities. He accepted opportunities to tech for international drummers, Marco Minnemann, Todd Sucherman, and Gregg Bendian among others. He lent his talents recording drum tracks for the Charleston, WV version of the Evil Dead Musical. He has forged a friendship with booking agent Julie Cord of Blue Mouth Promotions, LLC, and has become a part of BMP’s fledgling house-concert network that brings world class musicians into a personal setting. Past concerts have included Neil Zaza and Sean O’ Bryan Smith. This series features the likes of Andy Timmons, Mike Keneally and many others. Along with musician, composer and educator Chuck Biel, Dave founded Charleston Ambient Music and Musicians, a networking platform for ambient style musicians and a platform to promote live ambient music in Charleston, WV. Dave, Chuck and fellow artist John Marshall performed the inaugural show for the CBAMMS series on January 25, 2014, at West Virigina State University’s EDC (Digiso) (http://www.digiso.org/category/wvsu-economic-development-center/). Dave had the opportunity to perform in the experimental band “Grounded” with friend Andre’ Cholmondeley, guitar tech for Greg Lake, Eddie Jobson, Adrian Belew Trio, and leader of Project/Object and the Wham Bamm Bowie Band. A clip of the performance can be found at https://soundcloud.com/grounded-1/mutterings-of-a-madman-improv. Dave has backed Nashville bassist, Sean O’Bryan Smith (Neil Zaza, Randy Brecker, Chuck Loeb, Esperanza Spalding, Gerald Albright, Victor Wooten), and sessions when called upon. (http://www.seanobryansmith.com/). Dave most recently worked as the fill-in drummer for Creek Don’t Rise. Dave worked as a guest-host for the Mike Keneally Band (with Doug Lunn and Gregg Bendian).