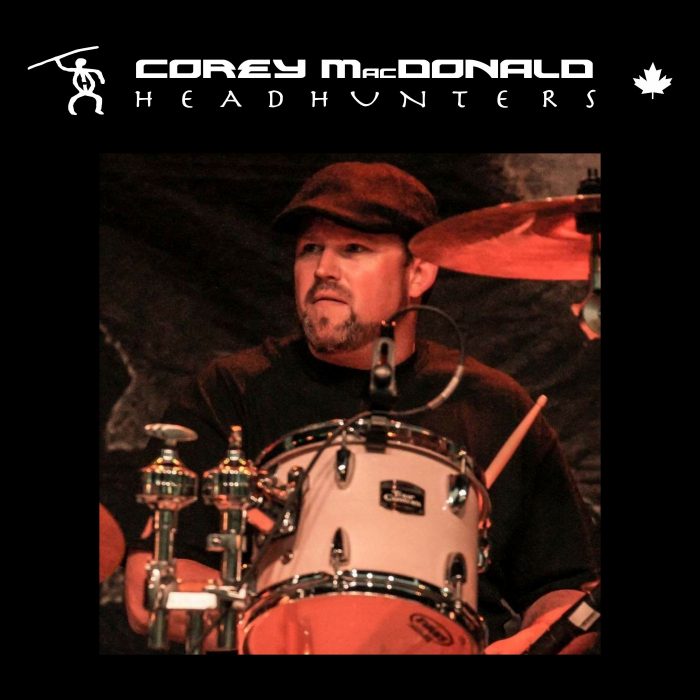 Born in Miramichi, New Brunswick, Corey started playing drums at the age of 13 and was influenced by many different styles of music & drummers. After high school he went on to Stoney Creek, Ontario and obtained a diploma in recording engineering at the Recording Arts Program of Canada. following his passion for music this led him to Brandon, Manitoba where he formed a band called SAUNTRY with Nazeem Lakay ex-basses from the Canadian blues rock band Wild T & the Spirit and a few close friends. SAUNTRY lead to a studio project called Beast of Love that gained some airplay on the East Coast as well as Western Canada. He was then asked to join popular Atlantic Canadian band JAKEBREAK which brought him back home and allowed him to perform 9 years with not only great musical talent but a band known for their amazing Audio / Lighting production. During this time JAKEBREAK released a single- On the rebound- which stayed in the east coast countdown charts for months as well ended up on a compilation CD in the USA. Looking to do something different he then formed a Celtic rock band called THE DURTY NELLYS. The Nelly’s had a great following of fans which allowed them to put out a CD entitled Black & Tans which then lead Corey into recording projects with other artist around that same time. Today you will find him playing drums in another Atlantic Canadian Celtic rock band RAGLAN ROAD who is well known for their high energy live shows! They just released a self-debut CD entitled Raglan Road. Corey has been fortunate to share the stage opening for acts such as Matt Minglewood, Matt Anderson, The Trews, The Sheepdogs, The Mahones