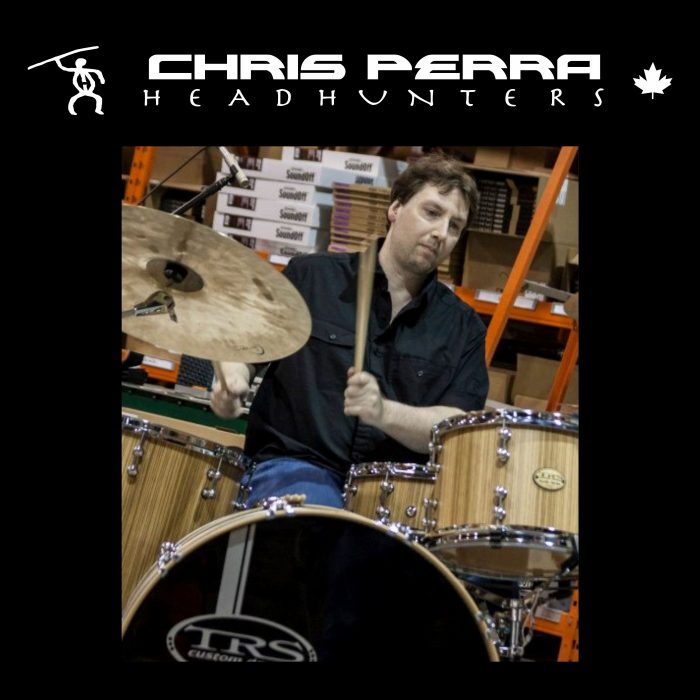 Chris was a late bloomer starting drums at the old age of 14 years…. His older brother used to play them when he was younger,.. back then Chris hated the drums…

But growing up in a small unincorporated community in the Slocan Valley in British Columbia, his family was one of the only ones that had a drumset. Two of his friends had a bass and a guitar, and, they asked him if he wanted to play? He said “Sure, why not”….

Since then he’s played non-stop for the past 27 years.

Part of that journey has taken him to acquire a Diploma in Music Performace from Selkirk College in Nelson B.C. It was there that Chris developed his playing styles.

Diversity:
Over the years he’s been hired for his ability to play any style with the feel and nuance that they deserve, playing/recording all over Canada and the U.S.

He has a busy recording/live schedule playing venues in the Greater Toronto Area with his band Scully and the CrossboneS.

Chris will be releasing an online drum instruction site in 2012.