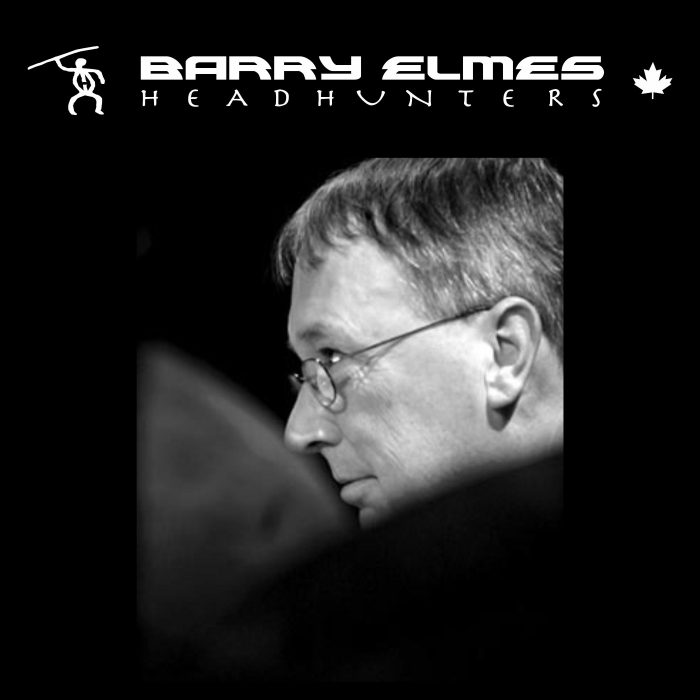 Barry Elmes has occupied a position of prominence on the Canadian jazz scene since the 1980s and has become internationally-respected over the years since, not only as one of Canada’s most talented drummers, but for parallel accomplishments as a composer, producer, recording artist, and dedicated educator.  His award-winning work has been documented on over 90 jazz CDs and he has performed all over the world with many renowned jazz artists including Dizzy Gillespie, Tommy Flanagan, Charlie Haden, Diana Krall, Joe Henderson, John Abercrombie, Oliver Jones, Cedar Walton, Phil Nimmons, and Moe Koffman.  In 1991 he formed the Barry Elmes Quintet, featuring a “who’s who” of the best in Canadian jazz. A success from the beginning, this group has released six critically acclaimed recordings, toured Canada coast-to-coast and performed internationally, including a groundbreaking tour of Chile. The long-awaited new CD “Dog’s Breakfast” showcases Barry’s new compositions performed by quintet members Mike Murley (saxophone), Brian O’Kane (trumpet), Lorne Lofsky (guitar), Steve Wallace (bass). In addition, Barry continues to produce recordings for a variety of artists, co-leads the quartet Time Warp and presides over Cornerstone Records Inc., a successful artist-owned jazz label and publishing company dedicated to presenting recordings by Canadian jazz artists. Barry is an associate professor of music at York University and currently serves as the Jazz Area Coordinator.